Black Friday deals seem like they begin earlier every year. Most of the bigger retailers don’t even wait until Friday to roll out the specials on big-ticket or most wanted items. 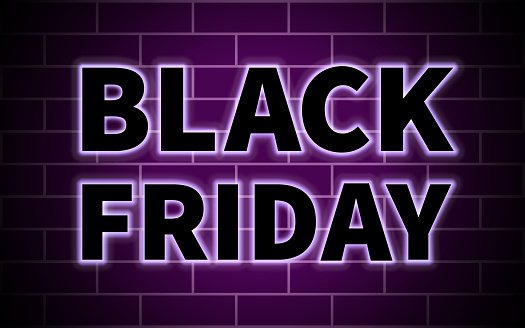 As your trusted IT company, we are here to offer you some insight into this year’s tech deals. Whether it’s about a new 4K TV or how to get that great new gaming system running, we will do our best to help make your Black Friday tech shopping a bit less stressful.

But is it worth your time and aggravation to wait in line half the day or more on Thanksgiving, or should you stay home and overeat on turkey and stuffing? After all, the same retailers will have the same items available (mostly) on their website for the same prices and quantities, but with less physical violence over a toaster oven.

Every year Wal-Mart is the hub people pushing and fighting for the last set of pans or the last coffee maker. In recent years, Wal-Mart has moved Black Friday deals to Thursday night and there have been less of the crazy pricing and more handing out numbers to alleviate tensions and fist fights. Quantities are still limited and you’re going to have pushing and shoving over things like WWE 2K18 for $29, but what you should be worried about is whether it’s worth it to stand in line for $100 off an Xbox One S.

Speaking of the Xbox One S, Wal-Mart will have the 500GB model on sale for $189 (a savings of $110). Similarly, the PS4 will be on sale for $199, also a savings of $100. Wal-Mart is advertising that they will also have stock of the Nintendo Switch. No sale price, still $299, but considering you couldn’t find one anywhere all summer it’s an item worth braving the crowds for.

Of all three retailers we’ve covered, Wal-Mart has the best overall pricing on movies and games for Black Friday. Titles vary by location and not every title Wal-Mart has the competitors have, but if you are in the market to pick up a few low-priced gems for someone, this would be a place to look. A couple highlights are the Call of Duty Combo Pack (WW2 & Infinite Warfare) for $59, Horizon Zero Dawn for the PS4 only $19, and Overwatch for $29.

4K TVs are the gift of the year for 2017. Everyone wants to go 4K, and Wal-Mart has a wide selection of TVs to do just that. The best buy here would be the Sharp 4K 55” Smart TV. It does everything you want a 4K TV to do, and it comes with Vudu, Netflix, and more already installed, and it’s only $298! 55” not big enough for you? How about the 65” inches for $998, featuring built-in streaming apps and 4K Ultra HD.

Wal-Mart also has the Google Home Mini for $29, an iPad for $250, a Nintendo 2DS system that comes with The Legend of Ocarina of Time for $79, and everything you need to take your home into the next stratosphere with Google Home, a Netgear “Nighthawk” router for $89, and a home security setup.

Bottom line, Wal-Mart may be the better overall deal as far as movies and games go, but do you really want to brave the crowds for something that you can find online with free shipping for $35 or more. The 4K TV might be hard to pass up, but is braving an angry mob of shoppers worth the savings? Only you can know for sure.

PNJ Technology Partners wants you to have a happy Thanksgiving and a productive Black Friday experience. Look for more Black Friday tips from us tomorrow.