Facing Face Recognition: What You Need to Know

What is facial recognition software, how is it being used, and what improvements are being made? 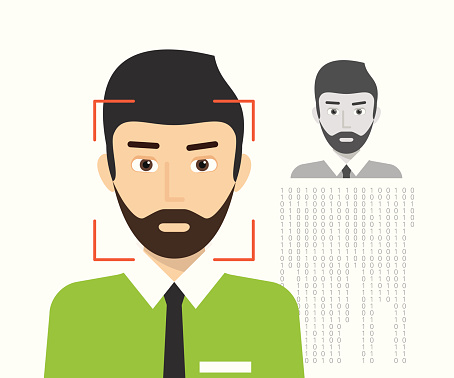 If you post a picture on Facebook, there’s an algorithm, or computer code, that encourages you to tag your friends. It will also suggest the names of people whether you tag them or not.

That’s an excellent example of facial recognition software. What is the scoop on this powerful tool and how is it evolving not only for use in social media but also for marketing or even to help identify criminals?

How Does Facial Recognition Software Work?

Facial recognition software picks a face out of the background and compares it to stored images. The software is written to measure individual facial features and then looks for a corresponding set of parameters in a database of pictures. How Stuff Works says, there are 80 parameters or nodal points that most software scans, including the length of the jaw, eye distance, or width of the nose. These points are converted into numbers and then added to the database.

Think about your face. There are at least eight different emotions reflected there, and they can flit rapidly on and off your skin. Then there are ways to change your face, by adding or shaving off a beard, for example. Previously, facial recognition software simply wasn’t very effective; you had to be caught looking directly at the camera to improve your chances of a match. Lighting and distance from the camera can all still affect the accuracy of the software.

But this is only part of the problem; this live data is often compared to a static image from a controlled environment, such as a passport or drivers license photo. The PBS television program NOVA suggests that three factors profoundly influence the accuracy of these matches: illumination, expression, and pose. If the subject being scanned looks directly at the camera, there is sufficient light, and they have a neutral facial expression, then the program will work – assuming you have matching identification in the database. If all these factors hold true, you’re looking at a 99% accuracy rate.

But most of the time, real life doesn’t quite work this way.

In 2013, terrorists attacked observers at the Boston Marathon. Police and bomb victims studied hundreds of hours of video leading up to the bombing. A victim identified the possible terrorists. There were dozens of images of both bombers, yet, according to NOVA, the FBI’s facial recognition software did not match the criminals to their names. Both bombers had a driver’s license and one was even in the FBI database, but the facial recognition software still couldn’t pull it off. Another problem was that the images were on video, not still photos. The motion found in the video is often recorded in low resolution, with choppy frame-by-frame exposure.

The brothers were identified via good old-fashioned police work, and not software.

The Guardian reported that the FBI facial recognition software is not only inaccurate about 15% of the time, it also tends to misidentify black people.

What’s Next for Facial Recognition Software?

In February, the travel ban restricting foreign travel into the United States caused controversy. What very few people realized is the executive order also expanded facial recognition software at every major national airport. It’s been standard to fingerprint foreign visitors entering the country, but now this powerful software will scan the faces of departing visitors.

Interestingly, the future of facial recognition software may rest with the social media giant, Facebook. That’s because Facebook has a massive database; every time you tag someone on the platform, it loads and stores info into the facial recognition algorithm. This forms the basis of computer machine learning, which is simply a series of correlations between data sets that train a computer to react in new ways.

The latest iteration of Facebook’s facial recognition software is said to be 98% accurate, according to Fortune. It can single out a person from their 800 million image database and identify them in under five seconds. These impressive numbers signal significant improvements to facial recognition software. More are sure to follow; according to Flipboard, it’s estimated that error rates in this software are declining by 50% every two years. Consumer advocate and civil liberty groups are also citing privacy concerns that could threaten improvements to the software if litigation to block the technology goes to court.

Contact PNJ Technology Partners at info@pnjtechpartners.com or (518) 459-6712 to learn more about technology trends in Albany.