Here are the Top 8 Reasons that Company IT Projects Flounder

Don’t let your next IT project succumb to these common pitfalls that businesses face. 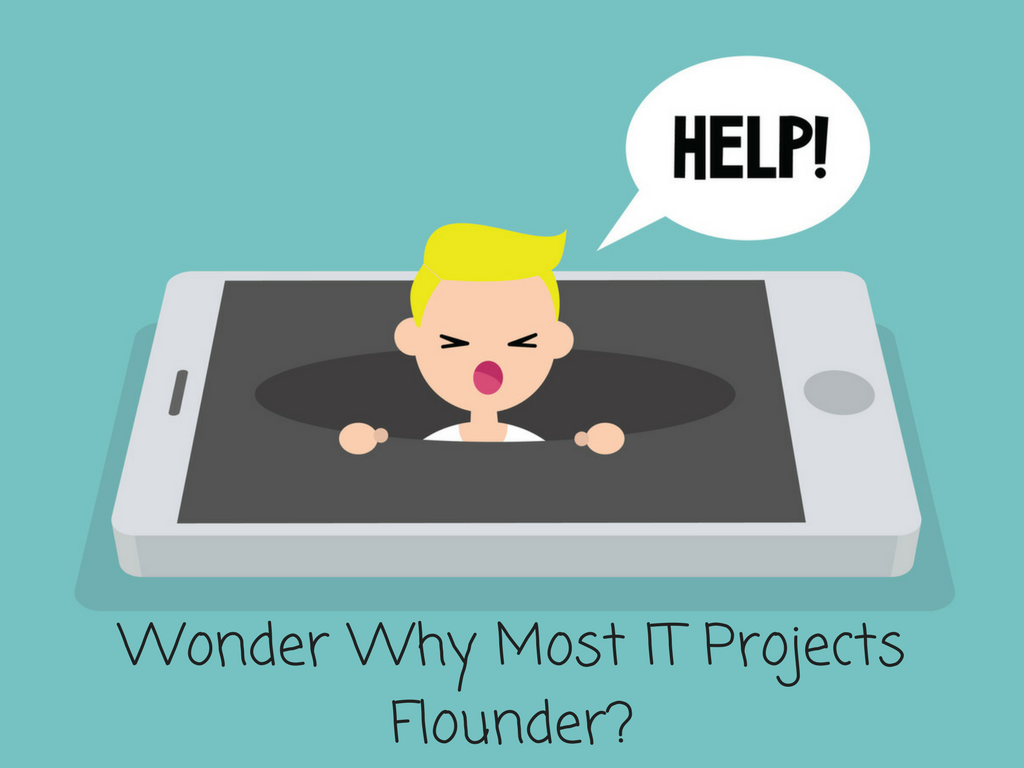 IT projects: They’re commonplace, important for business growth – and they fail all the time. But what causes a big systems upgrade or change to flunk out? That’s a whole lot of time, energy and money going to waste for the business, and obviously, no one wants it to happen. Typically, the failure of an IT project has roots in the very beginning of the process, where serious mistakes were made and left unchecked until the whole thing becomes unviable. Let’s take a look at some of the most common causes of this failure, and why it’s important to deal with these issues before the project begins.

You would think that today’s businesses would have this problem under control by now, but despite this being one of the most frequent pieces of advice given, it’s still a trouble spot. Too many companies launch an IT project with only a vague idea of what they’re doing, like “upgrade security” or “switch to this new platform we found.” A systems change like this absolutely must have clear goals in terms of ROI, sales, data protection, or any other field that it deals with. This is a time where consulting with an IT specialist can prove very valuable…as long as it’s done in the early stages.

A Lack of IT Experience from the Professionals

Sometimes a plan can be well constructed, but the leadership and experience just aren’t there. This problem occurs a lot when organizations put their current IT expert on a project. An excellent IT department leader may have no idea how to properly complete a data migration project if that isn’t their area of expertise. It’s not a matter of finding IT people to complete the project, it’s a matter of finding experts who have experience completing this type of project in the past. That may mean bringing in outside help or making a few new hires.

This is a problem if company leadership sets a firm deadline for the project to be completed, and then hands it off to a team to work on. Reality doesn’t work like that. Too many projects are started under impossible deadlines because the team – which usually knows that the goal is impossible – doesn’t have a choice. It’s important to get expert advice on how long a full rollout would take, and then setting the appropriate deadlines, which may need to be updated as the project progresses.

Too Much Scope Creep

Scope creep is common without clear goals or an experienced team. Basically, an IT project starts as something simple and then spins more and more out of control, involving ever greater changes and more goals until the whole thing collapses under its own weight without the resources to finish it. It’s frequently a product of too much enthusiasm and too little thought among companies that haven’t attempted a big IT change before.

Even the most efficient project can run into severe problems with compatibility. If it turns out that the new project includes formats that cannot be used with existing, required platforms, that the project is likely to just be canceled. Compatibility issues for all data should be examined early for issues. Skipping this step is asking for trouble.

Lack of Buy-In or Understanding

If the project involves new software or data practices, then all employees need to understand them and have the proper motivation to make the changes in their own habits. An update can roll out successfully but then completely fail because no one changes their own actions and the update is never utilized. A big IT project requires a lot of close work with HR, too!

The idea for a systems change may be ambitious and fancy, but it also needs to meet with current and upcoming compliance requirements. Don’t get so excited that you forget about how the industry is regulated.

A Lack of Security

If someone discovers a security vulnerability in a new proposed system, it doesn’t have a chance. Always properly vet system options and look for vendors that have at least the minimum standard of security for your industry.

For more questions about how to make sure that your Albany IT project goes off without these infamous hitches, contact PNJ Technology Partners today. You can reach us at (518) 459-6712 or send us a message at info@pnjtechpartners.com.