Microsoft’s M12 has recently announced the launch of the Female Founders Competition, a startup initiative aimed at rewarding startup companies founded by women. It will not only identify top female talent within the startup industry but also seek to accelerate venture capital funding for companies headed by women entrepreneurs across the globe. 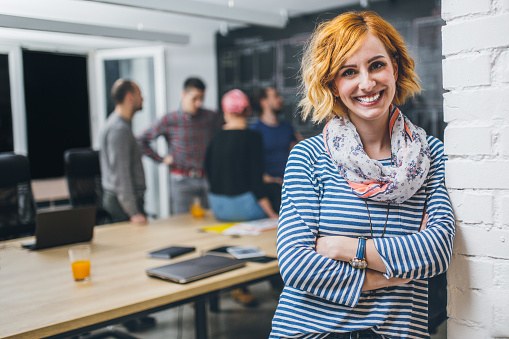 According to recent studies, it has been proven that female entrepreneurs receive a significantly less amount of funding within the venture capital community, with figures pointing to only 2.2% of the total amount of funds invested in startups. Ironically, some studies have demonstrated that female-founded companies deliver higher-than-average returns.

The competition will strive to raise awareness for the companies of both finalists and winners in hopes of attracting future funding.

The program, which is accepting applications through Sept. 30, 2018, is open to companies across the U.S., Mexico, Canada, Europe, and Israel.

Companies must meet certain stipulations before they are eligible to apply. This includes having at least one female founder, as well as plans to release a product or service with the potential to improve the business world by helping solve one of many issues.

A group of finalists will be selected to pitch their product or service in person in hopes of winning one of the two top spots. Winners will receive a $2 million investment in their company, in addition to other support, such as technical resources.

Finalists will be judged on a variety of factors. A panel of judges will be compiled from M12 and other VC firms within each region. They will evaluate competitors based on the problems/needs their product or service addresses: These include:

MC12 has contributed millions to the startup community. Within the past couple of years alone, they have invested in more than 50 different startup companies, demonstrating a particular focus on those dealing with artificial intelligence.

Last year, M12 launched an artificial intelligence contest with an investment of over $3.5 million. The organization joined forces with other organizations like Notion, Vertex Ventures, and Madrona Venture Group for the AI contest. They received hundreds of submissions across a range of industries including healthcare, retail and financial services, among others.

How Is Artificial Intelligence Used Today?

In healthcare, a number of startups are using the power of artificial intelligence for personal health assistance, conducting drug research and spotting abnormalities in tests. In the financial services realm, AI is used to power research and insights to help professionals invest their money more wisely. For human resources, AI is used to help departments understand candidates’ skills and strengths in order to match them with the schools and jobs best suited for their personalities.

ZenCity, a company based in Israel, partnered with Vertex Ventures. They built an app that uses artificial intelligence to analyze key data from countless public interactions across city hotlines, social media, and other channels. This data is then evaluated to determine how residents view the city. With this information in tow, city officials are able to further understand the needs of the people, and therefore make better decisions regarding important issues.

Hazy, a company based in Europe, helps companies meet the standards of the European Union General Data Protection Regulation (GDPR) with their innovative data structures. The company uses a range of innovative technologies and data to help identify and classify sensitive information, all while interpreting that data with a human-like understanding bound to elevate data security in new, interesting ways.

Voiceitt, the winner of the “AI for Good” award, is committed to making technology available for everyone. The company’s voice recognition technology allows the more than 100 million people suffering from diseases like autism, cerebral palsy, ALS, and Parkinsons to overcome communication barriers. This hands-free voice recognition application allows for face-to-face communication, and can even be integrated into smart homes and assistive devices, along with other technology. Their prize includes $500,000 in VC funds and up to $500K in Microsoft Azure credits and prizes.

M12, formerly known as Microsoft Ventures, is committed to empowering innovative new companies. M12’s rebranding is part of a common theme for today’s oldest tech companies. The name change came perhaps in hopes of creating an edgier, more appealing persona apart from its reputation as one of the first in the tech game. Google has done something similar in the past with their rebranding of Google Ventures to “GV”, as did Nokia’s rebranding of Nokia Growth Partners to “NGP Capital”.

As you can see, Microsoft and other big tech giants are working toward improving our world. They’re also involved in helping female entrepreneurs gain a stronger foothold in the tech and AI industries.